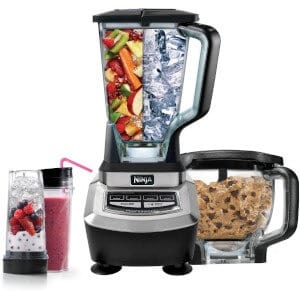 Ninja blenders are some of the most effective blending devices in the world. However, sometimes malfunctions do happen. Whether because of an internal problem, a mistake on your part, or something altogether different, your device might not be turning on.

Yes, Ninja blenders are some of the most efficient and effective devices on the market for blending, but they still can have problems. That doesn’t mean a Ninja blender isn’t great. It also doesn’t mean it’s the blenders’ fault in the first place. Sometimes it’s something you did that caused the blender to malfunction.

In any case, let’s go through the common causes of why a Ninja blender won’t turn on and what you can do to fix it.

Are you having issues with your Ninja blender? Is your Ninja blender not turning on? While this is by no means a good thing, it definitely isn’t the end of the world. Blenders are machines and they will encounter problems. This is inevitable.

If your Ninja blender won’t start, you are going to have to do some troubleshooting. There is nothing more frustrating than trying to make a smoothie in the morning and your blender just won’t work. You lose time, you lose patience, and you can’t make your breakfast drink. This must be fixed!

So, what can you do about it? Well, it could be an extremely complicated matter, or it could be something simple. Today we will talk about a few key reasons why your Ninja blender might not start.

It is important to note that before you do any troubleshooting, you should always unplug the blender so it can’t start accidentally.

One of the biggest issues is overheating. This is just like when your phone overheats, when your computer overheats, or when your car overheats. If any motor or engine gets too hot, it tends to shut down and break. Every machine overheats. It just happens. If you were blending something too hard, the blender was on for too long, or something strained the motor, it could be that your motor overheated.

This is a fairly common situation. What happens is when your unit overheats, the thermal switch is flipped. Think of it as a power surge when one of the switches on your circuit breaker gets switched off. This will cause the blender to stop working.

If you have been blending a lot with your blender, the motor has been getting hot. You might not have noticed it, but I guarantee you inside the motor base is a lot of heat. And because of all that heat, the thermal switch inside your machine may have switched off. Think of it like your circuit breaker tripping in your house due to an electrical surge.

You can generally tell if it’s a heat issue because you’ll either smell an electric burning or the scent of hot rubber. You can also feel the body of the machine where the motor is and it will be hot to the touch.

If this happens, you simply need to unplug the blender and wait 15 or 25 minutes for it to cool down and regain its composure. Wait a little while and try it again. If it was a heating issue that caused the malfunction, now your blender should work. To avoid overheating your blender in the future, be sure to blend in short bursts and not stress the motor.

You can tell it’s not a heat problem if you weren’t using the blender at all and it still won’t start. Overheating generally happens if you blend something, the blender gets hot, and then the blender doesn’t turn back on.

The second most common reason that a Ninja blender will turn off and not turn back on is that something is wrong with the general assembly. As silly as it may sound, sometimes you might have an improper assembly.

What I’m talking about is the components of your Ninja blender could be assembled improperly. It’s not your fault, as these machines can be fairly complicated. But if your machine is not assembled the right way, it probably won’t start. There are indeed instructions that come with each blender, indicating the proper order of which to assemble the components. But I understand it is easy to make mistakes.

Sometimes people don’t put everything in the proper order. This may seem totally ridiculous, but if the parts aren’t properly installed, the machine won’t work. You will need to troubleshoot to make sure all the components are exactly where they should be.

Check The Pitcher, Blade, And Lid Are Correctly Assembled

Before doing any troubleshooting, take a look at your instruction manual and make sure all the assembled pieces are put together in the proper order. The blade assembly should be positioned properly through the gasket, the pitcher should be firmly in place, and the pitcher lid should have its locking handle matched with the arrow.

The first step is to turn off the power. You never want to be troubleshooting anything with the power still plugged into the wall. That’s a really good way to lose some fingers.

After you have unplugged the power cord, check all your pieces. The pitcher should be on top, the stacked blade assembly should be positioned properly through the lower gasket, and the pitcher lid should be locked firmly with the white arrows properly aligned.

Take care when messing with the blade assembly, as the blades are often sharp. You also need to keep in mind that all Ninja blenders are different, and the proper assembly will vary between them. Read your instruction manual and make sure everything is fitted properly.

Everything also needs to be tight and ready for blending in order for the unit to activate. This means the pitcher must be fitted tightly to the blender’s base. It should be snugly fit in all of the four positions. If the pitcher feels a little too difficult to rotate, chances are it is not properly locked.

To correct the issue, simply make sure the front of the pitcher is facing you directly. You should have the handle on the front facing the right-hand side when looking directly at the blender.

You also need to lock the lid. The lid should be locked tightly or the Ninja blender will not turn on. This is designed so that you don’t spill anything in the middle of blending. It’s like the safety on your washing machine. If your lid is not closed properly, you will notice the power button flashing rather than being solid.

To make sure your lid is locked into the correct position, simply rotate the handle when pressing the lid downwards. If the lid is closed properly, then maybe the white arrows are not aligned. Make sure the lid is firm and the white arrows are pointing at each other. If this is all in order but the blender still won’t start, you have another problem.

Sometimes the problem is something so simple you didn’t even think about it. If the lid of your blender is not properly locked, the machine won’t start. This is a smart feature designed to avoid nasty spills and other types of accidents. So, if your lid isn’t on properly, the blender blades are not going to start turning.

This should be pretty simple to spot because the power button will be flashing if the lid is not closed right. For you to solve this issue, simply lock the lid into its position. You should always rotate the handle while pressing the lid downwards. And even if you get the lid closed properly but the LED light is still flashing, you need to make sure the white arrows are lined perfectly from the edge of the lid to the handle. 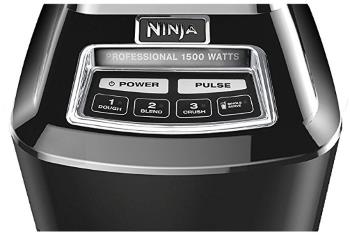 Another common issue with a Ninja blender not starting is that you have a power issue. Even if the power light is on, there could be an electrical problem somewhere inside the machine stopping the motor from starting.

If your blender is plugged into the wall but the power light will not come on, you have an electrical problem. It is either your outlet, your electrical cord, or something inside your blender. If your model is brand new, the issue is probably your power source.

Try plugging in a different appliance and seeing if that one works. If it does, then maybe there is something faulty inside your blender. If the second appliance also doesn’t work, you can rest assured knowing your blender is fine and that you have a problem with your own electricity.

However, if the power light still refuses to come on and you know for sure there is power coming out of your wall socket, things are looking pretty grim. There are countless reasons why this could be happening. Basically, something small on the interior of your blender is fried or non-functional.

If everything points to an electrical problem inside of the blender itself and not the power source, you may have a busted power cord or some kind of internal issue with the electric components. This may not be something you can fix on your own, and you may need to send it in for repairs.

One way to fix this is by taking your Ninja blender to a repair service to get it fixed. It doesn’t need to be a special blender repair service, it can be any kind of handyman service. An electrician friend could even help to repair your busted Ninja blender.

It’s important to note that this is not a common problem. If the power light on your blender will not turn on, or if it turns on but nothing happens, something is seriously wrong on the inside of your machine. Because this is such a rare issue, I would recommend contacting your Ninja supplier, as they will likely deal with the issue for you – especially if it’s a new unit.

Having a busted piece of equipment sucks. Whether your motor burned out, an electrical problem is preventing the motor from starting at all, or it is a total mystery, it will definitely sour your experience using Ninja blenders.

But this is a very rare thing to happen. Ninja blenders are typically very well-designed and excellently constructed. They make delicious smoothies, they can blend almost anything, and they are almost always reliable. If you ended up getting a faulty Ninja blender, chances are it happened somewhere on the assembly line or between the factory and your kitchen.

If your Ninja blender won’t turn on, the good news is that if you contact your supplier, chances are they will fix it for you. Usually, by replacing the defective component, your blender will be as good as new. But before going through all the trouble, try the troubleshooting methods we talked about today.

Jessica is a clinical dietitian who believes in the power of healthy eating for controlling weight. When she is not working with patients, you'll find her coming up with meal and diet plans based on scientific evidence. Jessica likes the outdoors, socializing, and making delicious smoothies.