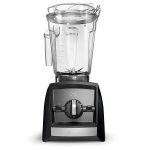 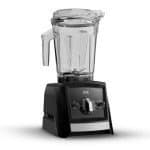 For close to eight decades, Vitamix has remained one of the biggest names in blenders, known for producing quality blenders that dominate high-end markets. The Vitamix A2300 and the Vitamix A2500 are sequels of the Ascent series, together with the advanced A3300 and A3500 models. The A2300 and A2500 blenders feature the same functionality as older Vitamix blenders but with slight adjustments in its exterior, digital display control panel, and high-tech features.

Vitamix Ascent Series of blenders combines years of experience in design with the latest technology. Purchasing the A2500 and A2300 blenders provide an easy way to enjoy smoothies, juices, nut milk, pureeing, soup and hot ingredients and frozen ingredients or desserts from home.

Despite the strikingly similar functionality and motor, these blenders have few notable differences. In my Vitamix A2300 vs. A2500 comparison below, I will highlight the individual features of each blender, best uses, and the differences that these models exhibit. 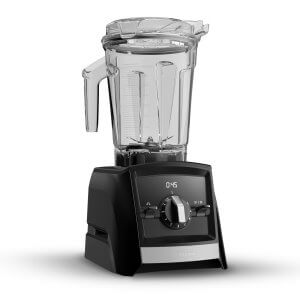 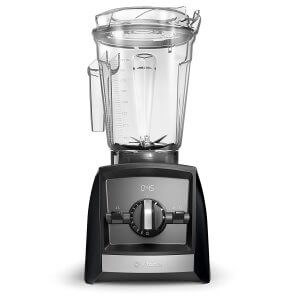 The Vitamix A2300 is a professional grade blender with great functionality. It is sleek and stylish with intuitive controls and amazing features that make it easy to achieve blending results every time. The A2300 is the first model in Vitamix Ascent Series, where the manufacturer incorporates the latest technology with customer’s convenience in mind. It is also the most affordable model in the Ascent series. Some of the outstanding features of this blender include;

The wireless connectivity feature is a new concept by Vitamix and probably the most useful feature in modern blenders. This self-detect technology makes the blender smart, as the motor base uses the Near-Field Communication technology to identify the container placed. By recognizing its size, it automatically adjusts the program settings and maximum blend times. The blender runs only once the container is recognized, and the NFC tag embedded at the container’s bottom. It also connects to Bluetooth for wireless controls.

The Vitamix A2300 laser-cut blades deliver excellent blending results. The stainless steel design makes them long-lasting and resistant to bending, dulling, and takes on tough abuse. As if not enough, the blades reach high speeds quickly enough to create frictional heat that makes the cold ingredients in the cup steaming hot within six minutes.

Unlike previous Vitamix blenders, which all came with 2HP motors, the Vitamix A2300 blender features a powerful 2.2HP motor. This provides assurance that it can process tough ingredients efficiently. It is a recipe for smooth blends, thanks to its strong motor and aggressive blade. The blade friction heat makes it possible to prepare hot soup from the container, eliminating the need to heat the mixture separately.

Quite similar to the Vitamix A2300, the Vitamix A2500 is among the best blenders from Vitamix that performs excellently across the board. Despite being the expensive model in my Vitamix A2300 vs. A2500 review, it is a smart device that can provide a smooth texture, be it a milkshake, dessert, or soup. Some noteworthy features of this blender include;

The Vitamix A2500 is a perfect upgrade from the A2300, which had no program settings. The blender has three reliable pre-programmed blends, one for hot soups, frozen desserts, and smoothies. The programs also adjust automatically depending on the size of the receptacle container in use. The running setting additionally stops the blender once the process is complete.

One of the cutting-edge technologies that Vitamix Ascent Series leverages is the display timer that the Vitamix A2500 has. The digital counter counts the minutes and seconds of manual blends after selecting the variable speed. It also counts down the time when the blender runs on a pre-programmed setting. Counting downtime eliminates the guesswork in estimating the time blending will end.

The Vitamix A2500 is hands-down, sharp, and stylish. It is a great improvement from previous Vitamix models, especially the tapered 64oz jar design, which makes it possible to blend small amounts when necessary. This doesn’t mean it lacks enough power to blend full loads of ice cream, fruits, and veggies. The jar is marked with an ounce, millimeter, and cup demarcations for convenient measurements.

The Vitamix A2300 and the Vitamix A2500 are clearly very similar. However, as mentioned, there are slight notable differences between these two blenders. They include;

This is the first difference I noted between these two Vitamix blenders during my research. Since the Vitamix A2500 contains additional features, such as the special pre-programmed settings, it costs higher than the A2300.

For sure, both blenders are great machines with several benefits. The Vitamix A2300 vs. A2500 comparison shows many similarities with only one difference, the pre-set programs. Therefore, identifying which is the best is quite hard to call. Nevertheless, if you will need the smoothie, frozen dessert, and hot soup settings, the convenience of the A2500 is worth the slight additional investment. Those with busy schedules who need to multitask but want fast results with minimal effort will appreciate the benefits of this feature.

The Vitamix A2500 is not only the latest version of the Vitamix series but also comes with a long 10-year warranty. This is better compared to the A2300 5-year warranty. However, the Vitamix A2300 is best for those on a tight budget or don’t use a blender often. If you don’t see any value in having the three pre-set programs, there is no reason to pay extra for them. Besides the settings, you can enjoy all other functionalities of the A2500 with the A2300 model.