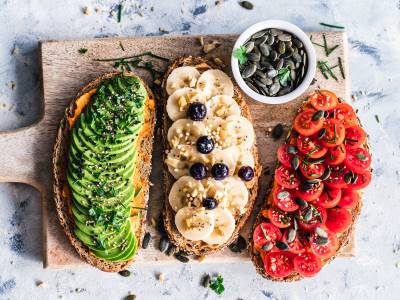 For people who do not follow a vegetarian, vegan, or plant-based diet, the differences between the diets seem minimal. It is clear to everyone that vegetarians and vegans do not eat meat. In this article, you can read what the differences are between plant based vs vegan vs vegetarian.

But what about donuts, cottage cheese, and pizza? And is it true that a vegan does not wear leather shoes?

Where a vegan lifestyle used to be taboo, vegetarian and plant-based diets are embraced worldwide. Conscious living is becoming more and more popular.

You notice it everywhere: popular baking blogs offer vegan recipes, in restaurants vegan meals are served, in coffee shops you can order vegan cakes, and in the supermarkets you will find shelves full of vegan, vegetarian and gluten-free products.

A Brief History of Vegetarianism & Veganism

Vegan or vegetarian are two concepts. They are similar but both originated in a different way.

Vegetarianism, as it is called, originated around the eighth century BC. It is originally from Hinduism and Buddhism. In these beliefs, the killing of live animals was prohibited and because of this many adherents did not eat meat. However, it was only around the period of the Enlightenment that eating no meat was further developed. This was because at this time many people reverted to ancient customs.

With veganism it is a different story, this concept only originated in the year 1944 by Donald Watson. He was a champion of animal rights and associated veganism with the fact that a vegetarian also does not consume dairy. That is why he called people who did not eat animal products vegans.

The fact that vegan food is becoming more and more popular is due to millennials (ourselves, that is). This new generation lives much more consciously. This has a huge impact on the existing (fast) food industry. The Millennials (Generation Y) are a demographic generation. Simply put, people born between 1980 and 2000 belong to this generation.

If you eat vegetarian or vegan, you will also consume less saturated fat. This is good for your heart and blood vessels. Vegan and vegetarian are on our list of the most popular diets.

Vegans do not eat animal products, while vegetarians do not eat animals, but they do eat products derived from them (such as dairy and eggs). People usually choose these diets because of health concerns, religious restrictions, or moral concerns about harming animals.

Vegan vs Vegetarian: What is the difference? 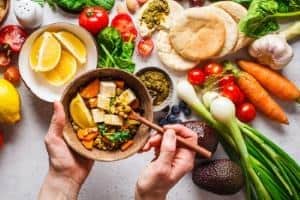 Someone who is vegan (a vegan) does not eat and use animals, animal products, or products that have been tested on animals. As a vegan, you do not eat meat, fish, eggs, and dairy products.

Vegans also do not use clothing and care products with animal ingredients. A vegan will therefore not wear a leather belt or wool coat. And that a vegan does not wear fur makes sense to me.

And most likely a vegan is not wearing leather shoes.

When are you a vegetarian?

You are a vegetarian when you do not eat products from animals that have been killed. In most cases, people who follow a vegetarian diet choose not to eat animals because they disagree with how these animals have been treated in their lives. Not all vegetarians, but some, even choose not to consume certain animal ingredients. Think of gelatine and rennet.

When are you a vegan?

You are a vegan if you do not eat products from animals that have been killed AND do not consume animal products such as milk, cheese, or yogurt. The life of a vegan just doesn’t stop with food. Many vegans are also aware of the clothes they wear or the shows they attend. If a product is made from an animal or if an animal is used in a performance, vegans are not in favor.

Read More: What is the best blender for vegans?

What can you eat if you follow a plant-based diet or eat vegan?

Don’t worry, if you follow a vegan diet you can eat just as varied as if you eat normally. Vegan baking is also no problem at all. Fortunately, dark chocolate is vegan.

Be careful, some dark chocolate contains milk. There is also vegan milk chocolate and white chocolate.

Baking a savory pie is no problem and there are plenty of alternatives and substitutes for meat and fish. When you start with a vegan diet it may seem like you are falling into a black hole, but you will quickly learn new vegan products.

Vegan foods you can eat

People who start with a vegan diet often think that they are not getting enough protein. This is absolutely not true, it is almost impossible to get too little protein. It is true that vegans generally consume less protein than meat-eaters.

People who eat meat, on the other hand, often get too much protein. For vegans, it is extra important to eat a varied diet.

Variations of vegan and vegetarian

Now there is an age-old issue that concerns many people. If you are a vegetarian, can you eat fish? Actually not, if you do this anyway, you are not a vegetarian but a pescetarian. Many pescetarian people consciously choose to eat fish because of the nutrients that a fish contains. Another variation in vegetarian food is flexitarianism. This means that someone does not eat meat for one or more days a week. Many people experience this in the transition phase to vegetarianism.

The biggest misunderstandings about veganism

There are a lot of popular misunderstandings about vegan food. Many people think vegan food is less tasty, less healthy, and more expensive than following a meat-based diet. Let’s explore these issues.

One of the misunderstandings that many people mention when it comes to veganism is that many people think that the food is less tasty. This is not true. Of course, it depends on what you are used to eating. Many people starting out with veganism miss the taste of meat. This can easily be solved by getting pieces of tofu from the vegetarian butcher.

This is mainly up to you. You can make it as unhealthy as you want, but also as healthy as possible. A lot of varied food is a solution, but you still have to pay attention to whether you are getting all your vitamins.

The only thing that can make vegan food expensive is buying fresh fruits and vegetables. But in the end, buying fresh products is cheaper than eating ready-made meals.

If your intention is to make the world a better place and to end animal suffering, becoming a vegetarian or vegan could be for you. It is a big step to get rid of all meat at once. Therefore choose to become a flexitarian first. This means that you do not eat meat for one or more days, but you do not have to get rid of the meat immediately.

Do you want to get rid of all the meat immediately, but do you really like the taste of meat? Stop by the vegetarian butcher for tofu. This is a good meat substitute and will help you get rid of the meat at a leisurely pace. Whether you want to go for a plant based vs vegan vs vegetarian diet, find a way that suits you best, every little bit helps!