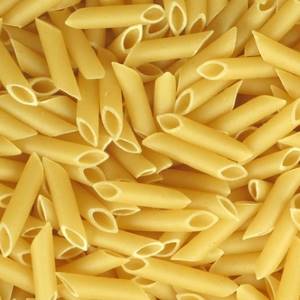 Most of us have been found eating raw pasta, be it accidentally undercooked or intentionally eaten by a child. Raw pasta, in a nutshell, is not good for you.

Before anyone gets concerned, dried spaghetti rarely causes severe illness. Is it really safe to eat? I’ve conducted research to figure out whether there are any regulations regarding food safety.

Raw pasta isn’t healthy, according to experts. I’ll go more into depth about the health risks it can create and address some common inquiries regarding the risk of consuming dry noodles.

Eating Raw Pasta – Is it A Good Idea?

No, it’s not a good idea. In fact, it might not even be safe to eat. The biggest concern with eating raw pasta is the potential for food poisoning. There are all sorts of bacteria that can thrive on dry pasta, and if those bacteria make their way into your digestive system, you could be in for a world of hurt.

There have been cases of people getting sick after eating raw pasta, so it’s definitely not something you should take lightly. Symptoms of food poisoning can range from mild to severe. So if you’re thinking about eating some uncooked noodles, you might want to reconsider.

What Other Issues are there?

Raw pasta, like all other types of dry pasta, is high in phytates and lectins, which are also known as anti-nutrients. These can harm the intestinal linings, break enzymatic pathways, and even cause systemic inflammations.

Phytates hinder iron and calcium absorption by attaching themselves to them. As a result, people who eat a lot of raw pasta can become mineral deficient and even ill.

Another reason to avoid eating raw pasta is that it contains raw flour. According to the FDA, “Flour is a raw food. The grains from which flour is ground are grown in fields and, like all foods grown outdoors, they may be exposed to a variety of harmful bacteria like Salmonella and pathogenic Escherichia coli (E. coli).”

This means you should never eat raw flour, dough, or batter. This also extends to raw pasta as it contains uncooked flour.

Is Raw Pasta Easy To Digest?

Raw pasta is definitely not easy to digest. In fact, it can be downright difficult. That’s because the noodles are covered in starch, and that starch can be tough for your body to break down. When you add water to the equation, the starch becomes even more difficult to digest.

That’s why cooked pasta is a better option – the starch has been cooked out, making it easier for your body to absorb the nutrients. If you’re looking for a healthy meal, you’re better off avoiding raw pasta altogether.

Are There Any Regulations Regarding Raw Pasta?

There are no specific regulations governing the sale or consumption of raw pasta. However, there are general food safety guidelines that should be followed. Those guidelines recommend cooking pasta until it is soft, in order to kill any harmful bacteria.

So if you’re planning on eating some raw noodles, you should be aware of the risks involved. It’s always better to be safe than sorry, so it might be best to avoid uncooked pasta altogether.

Eating raw pasta can make you sick because certain bacteria found on the dry noodles can cause food poisoning. There have been documented cases of people getting sick after eating uncooked spaghetti or pasta.

Raw pasta is difficult to digest. The cooking process breaks down the starch, enabling your digestive system to process the food quickly and efficiently. If you want a healthy meal, it’s best to avoid eating raw pasta altogether.

What Are Some Typical Symptoms Of Food Poisoning?

Possible symptoms of food poisoning include nausea, vomiting, and diarrhea. The severity of those symptoms depends on the type of bacteria that caused the infection – some types are worse than others. That’s why it’s so important to thoroughly cook your pasta before eating it!

How to Avoid Undercooked Pasta

Even though there is no specific regulation governing the sale of uncooked pasta, it’s a good idea to follow some standards. The FDA recommends cooking spaghetti noodles for at least eight minutes in boiling water, or until pasta is soft and chewy.

Cooking for even longer can help kill off more bacteria. You should also choose dried pasta that has been treated with additional solutions to increase shelf life and reduce microbial growth after packaging.

No, eating raw pasta is not likely to make you gain weight. In fact, the opposite may be true. When you cook pasta, the starches in the noodles are broken down, which can cause them to absorb more water. That means that cooked pasta will have a higher calorie count than its uncooked counterpart.

If you’re looking for a healthy meal, you’re better off avoiding raw pasta and opting for cooked noodles instead. You’ll get more nutrients from the cooked pasta, and you won’t have to worry about food poisoning.

What’s the Difference Between Fresh Pasta and Dry Pasta?

Fresh pasta is made with eggs, flour, and water. It’s typically sold in the refrigerated section of the grocery store. Dry pasta, on the other hand, is made with semolina flour, water, and salt. It’s shelf-stable and can be stored at room temperature.

Fresh pasta is usually eaten within a few days of being made, while dry pasta can last for up to two years. Fresh pasta is also more expensive than dry pasta.

Which Is Better – Fresh or Dry Pasta?

That’s a tough question to answer – it really depends on your preferences. Fresh pasta is definitely more flavorful than dry pasta, but it’s also more expensive. If you looking for a quick and easy meal, you might prefer to go with the dry pasta. But if you’re looking for something a little more special, fresh pasta is the way to go.

How to Store Dry Pasta

It’s important to store dry pasta in a cool, dry place. It’s crucial not to allow any moisture to come into contact with the pasta because that can encourage bacteria growth. Keep it away from any steamers or humidifiers you might have in the room.

It’s also a good idea to keep the pasta in an airtight container so that it doesn’t get contaminated by any other foods. That way, you’ll be able to enjoy your pasta for up to two years.

Leftover pasta should be refrigerated and used within two days of cooking. You don’t want to leave pasta at room temperature for more than 24 hours – otherwise, you risk food poisoning.

Ready-to-eat leftovers should be eaten within one hour after removing them from the refrigerator.

In conclusion, no it is not a good idea to eat raw pasta as there is a high risk of food poisoning from bacteria that can thrive on dry noodles. Cooked spaghetti rarely causes severe illness and is safer to eat.

Raw pasta isn’t easy to digest and there are no specific regulations governing its sale or consumption, only general food safety guidelines. So if you’re thinking about eating some uncooked noodles, reconsider!

Cooking your pasta properly will yield the best results and in turn, reward you with a much healthier meal.