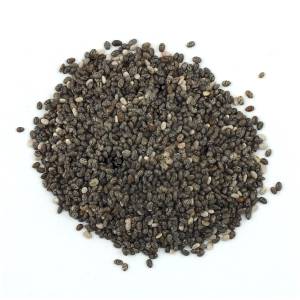 Many people use chia seeds as a substitute for eggs in baking recipes. Chia seeds are also good sources of nutrition and fiber, which makes them great candidates for smoothies and other healthy meals.

But what happens when you need a substitute for chia seeds? Chia seeds are a good addition to many recipes, but the taste is not for everyone. Another downside is that chia seeds can be expensive at times, especially when you consider the price per ounce.

Thankfully there are many substitute ingredients you can use instead. For those who do not like the taste of chia seeds or find them to be too expensive, here are ten delicious alternatives to chia seeds that you should try!

What are Chia Seeds?

Chia seeds are a superfood that has been around for thousands of years. They come from the desert plant Salvia hispanica, which is related to mint and commonly known as chia.

Chia seeds are a good source of omega-three fatty acids, protein, and fiber. When mixed with water or another liquid they expand into little “pods” that look like caviar. The seed is packed full of nutrients such as calcium, iron, and antioxidants (which fight against diseases).

The ancient Aztecs used chia for energy while climbing the mountains to reach their temples. It was also very common in Mayan culture over 500 years ago where it has been documented being used by warriors to sustain stamina for long periods of time before battle.

In modern times several studies have suggested its potential health benefits including weight control management through regular consumption resulting in reduced body mass index scores when compared to other groups who did not consume chia seeds.

What Can Chia Seeds be Used For?

Chia Seeds can be used in baking recipes such as muffins, bread, and bars. They also go great with salads, yogurt, and smoothies. In addition to being tasty, they provide protein, fiber, and essential fatty acids.

When exposed to liquid it forms a gel-like consistency allowing you to make a chia-type pudding among other things! It is recommended that you eat no more than a tablespoon of chia seeds a day because if you eat too much it can cause intestinal blockage.

Read More: How To Make A Smoothie Thicker: 7 Simple Ideas

Whether you find chia seeds to be expensive or you just don’t like the taste, there are a few substitutes that you can use to create the same effect. These substitutes for chia seeds are easier to get hold of. They are also cheaper in most cases.

If you do not like the taste, there’s no reason why you should be forced to eat something that isn’t pleasant for your palate anyway. You don’t need to consume chia seeds if they aren’t agreeable with your stomach either so substitute them and avoid their side effects altogether. 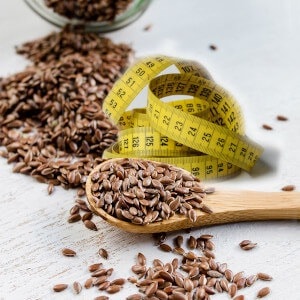 Flax is a great alternative to chia seeds. Flax seeds (also knowns as linseeds) are rich in omega-3 fatty acids, protein, vitamins, minerals, and fiber. They can be mixed directly into recipes or sprinkled on salads or yogurt for an added boost of nutrients.

Regarding taste – some people find that flaxseed has a nuttier taste than chia seed does and mixes better with other ingredients in the food you’re preparing.

Some proponents of flaxseed have reported smoother bowel movements when consumed regularly indicating it’s easier to digest than when you consume chia seeds regularly.

Hemp seeds are also an excellent alternative for those who do not like the taste or find chia seeds too expensive.

Hemp seed has been used as food since ancient times and was once one of the world’s largest crops. Hemp seed is very high in fiber and contains all nine of the essential amino acids, making it a complete protein source.

You can also use hemp seed oil in recipes to get similar results as using chia seeds. Hemp seed oil is very healthy for you too!

Another alternative to chia seeds is sesame seeds which are rich in calcium, magnesium, phosphorus, potassium, zinc, and iron. The taste might be slightly different but most people find them pleasant enough- especially when mixed into food or sprinkled on top of salads.

Sunflower seeds have an earthy flavor that works well with savory foods like guacamole or sandwiches whereas black sunflower seeds work better if you’re looking for something sweeter such as adding them to a fruit salad or using them as a topping on yogurt.

Sunflower seeds are high in protein and contain omega-six fatty acids, which makes it another great alternative for those looking for something similar but don’t enjoy the taste of chia seeds.

Some people prefer coconut flakes over any other kind of seed because they have a very mild flavor that works well with most recipes, especially baked goods such as muffins and bread.

You can easily make your own shredded coconut by pulsing large unsweetened dry flaked in a food processor or blender until you get the desired texture. There is no need to add sugar if adding into a baking recipe as this will be absorbed during the process. This would work best when making chocolate chip cookies or bars.

Another excellent alternative to chia seeds, pumpkin seeds are very high in magnesium- one of the highest sources! They’re also rich in iron and zinc too which is great for your body’s health.

You can sprinkle them on salads or eat them as a snack on their own. There is no need to soak pumpkin seeds before using either so it saves you time if all you want to do is use them straight away rather than prepping beforehand!

One common substitute for chia seed that people may already be familiar with is oat bran – particularly steel-cut oats rather than quick-cooking varieties.

This works because both contain similar nutrients such as fiber and protein without having the negative side effects associated with chia seeds such as bloating and flatulence.

Psyllium husks are another great alternative to chia seeds. They’re very high in fiber, which makes it easier for your body to digest them and get rid of any bloating or gas that you may experience when ingesting chia seeds.

You can use psyllium husk powder the same way as using chia seeds- just mix with water until forming a gel before including it into recipes. Alternatively, if you have time, soak the whole husks overnight then strain out excess liquid so they don’t affect texture too much.

Wheat germ is another great substitute for chia seeds. It has a mild flavor and works well in most recipes- especially baked goods such as muffins, pancakes, or even bread!

It’s also high in fiber which makes it easier to digest while being just as nutrient-dense without the negative side effects that come with eating chia seed on a daily basis.

Quinoa is another alternative to chia seeds, which has a similar texture when soaked and can also be added into recipes in the same way.

Although this might not have as many nutrients that chia seeds do, it’s still very beneficial for your health since quinoa contains all nine essential amino acids just like hemp seed does.

Read More: Cherry Pits in Smoothies – Is It Best To Avoid Them?

If you’re looking for a substitute for chia seeds that is easier to get ahold of and cheaper in most cases, then we’ve provided ten delicious alternatives. Each substitute has its own unique flavor so you can pick one depending on your preferences or what you’re intending to use the substitute in.

Whether you want something similar but don’t enjoy the taste or if all you need is an alternative because it’s difficult finding them; these substitutes should do the trick. We hope this article has been helpful!