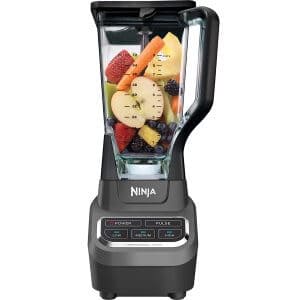 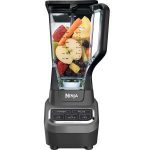 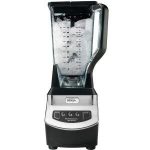 If getting a Ninja blender has been on the table for a while you may wonder which model to go for. After all, the brand does offer a fine line-up of blenders and there are many models to choose from. So, today I will look at two popular blenders, namely the Ninja BL610 vs NJ600 to see which one can work for you best.

The reason I’ve put these two blenders side by side is that they are similar in terms of power output, functions, price point, and belong to the Ninja Total Crushing product line. This line features Ninja’s full-size countertop blenders that can all handle a multitude of functions.

Both the Ninja BL610 and the Ninja NJ600 are base models in this product line with no single-serve cups which are featured in other models in the same series. Ninja offers both these blenders in an affordable yet impressive package. So, to see which one will work for you better here is a breakdown of the two machines. 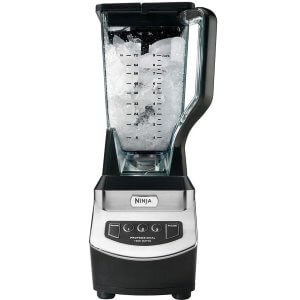 An excellent choice for making smoothies and such, the Ninja BL610 is the one to get if you want an affordable blender that doesn’t skimp on performance.

The Ninja BL610 outperforms other similar blenders by a big margin price-wise. It is a strong contender for a machine that offers a lot of capacity with its 72-oz pitcher and immense power with its 1000-watt motor.

Suitable for making larger batches of food, the BL610 has the power needed for heavy-duty blending and mixing needs. The unit’s three speeds and Pulse function are all you need to get your blending done. The lack of any presets on this model makes it very easy to use, and its see-through pitcher with a calibrated scale makes precision in recipes just so much easier.

The blades on this unit are built to master any kind of resistance from ingredients with its unique design and extreme sharpness. The cyclonic motion of the blades slices through all sundry foods, and especially well through ice and frozen ingredients. Now, this would typically be a challenge for most blenders, but the BL610 cruises through such ingredients quite effortlessly.

The blade construction stays true to the Ninja’s Total Crushing product line by featuring a towering pylon fitted with three sets of blades that process foods with ease and uniformity.

People who don’t plan on using their blenders to turn flour into dough or won’t miss the convenience of single-serve cups will be happy with this Ninja model.

The Ninja NJ600 blender offers a decent amount of motor power at 1000 watts paired with multi-level blades to get everyday blending done nicely. You get to work with three speeds and a Pulse feature to process and chop foods smoothly. The 1000-watt motor means serious business including shaving ice and working through frozen ingredients.

The interface features five simple buttons that are easy to understand and use.

Without banking on any bells and whistles, the NJ600 is great for people who just want something to make their daily smoothies and frozen drinks in. While it works wonderfully with ice, green smoothies may end up with a bit of texture.

Manufacturers recommend using additional liquid to prevent ingredients from clumping to the sides of the blending jar. And since the blades are very sharp, it’s not recommended to stop midway blending to scrape off the ingredients.

Given the high speeds that it can work at and the sharpness of its blades, Ninja incorporates safety features into this unit by ensuring that the lid and the pitcher lock in place before operating.

If you look under the hood, both the BL610 and the NJ600 have the same motor so are equal in terms of power output. The same goes for the functions, the capacity of their blending jars, and blade performance. But the aesthetics are possibly where the biggest differences lie between the two models.

Control Panel and Base Unit for Ninja BL610

The Ninja BL610 features a minimalist control panel with five touch buttons. At the top of the panel are the Power and Pulse buttons and the three speeds of High, Medium and Low are placed at the bottom.

The base unit for the Ninja BL610 is colored grey and black giving it a very streamlined look and keeping the blender’s aesthetics sleek and uncomplicated.

Control Panel and Base Unit for Ninja NJ600

The control panel for the Ninja NJ600 features all the same controls as the BL610 but the placement is different. On this unit, the Power and Pulse buttons are placed on either side of the panel with the three speed buttons in between. Instead of saying High, Medium, and Low, the speeds on the NJ600 are ranked as 1, 2, and 3.

The base unit is colored silver and black also keeping the aesthetics nominal and elementary.

The Ninja Total Crushing product line features powerful blenders that do not shy away from tough blending tasks. If anything, they compete well with other blender brands in this price range.

For today’s comparison, both models are great for basic blending needs of the home kitchen and are base models that come with no bells and whistles attached. With almost exact specs, the Ninja BL610 comes out the best overall by a slight margin only because it’s the newer of the two models and considered an updated version of the Ninja NJ600.

With just one single device, you can engage in a number of different cooking activities with everything from blending and mixing to pureeing and grinding in a matter of minutes. The BL610 is also reasonably priced.

An easy-to-use blender with a lot of power, the NJ600 is another low-cost blender that aims to break the price-performance barrier. Its seamless blending lets you create all you need for your everyday blending needs.