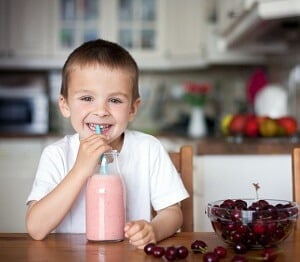 A single cherry pit is not going to kill you, nor will a handful of cherry pits have any effect on your health, but if you eat too many cherry pits you could die. This is especially true in children and pets, as they are much more prone to poisoning from cherry pits than adults.

Read More: What is the best blender for smoothies?

Cherry Pits in Smoothies: Don’t Do It!

It comes down to cyanogenic acids. Basically, cyanide. Cherry pits contain small quantities of cyanide compounds. And while your body can detoxify these in small quantities, they can’t cope with a lot. This means if you accidentally swallow several seeds, you will be alright. But if you make the mistake of adding 20 full cherries into a smoothie and blending, you may get a rather potent dose of cyanide.

And so, the conclusion is to never use cherry pits in a smoothie! Rather than being helpful and healthy like other seeds, they are more destructive and poisonous than anything. If you accidentally eat too many cherry pits, you will need to seek medical attention immediately.

Cherry pits are toxic. If this is news to you, it’s a good thing you read this article before putting cherry pits in your smoothie. Some of the symptoms of mild cyanide poisoning due to cherry pits include dizziness, headache, confusion, vomiting, and heavy anxiety.

If you have taken a large dose of cherry pits you can expect to suffer more serious symptoms like increased blood pressure, increased heart rate, difficulty breathing, and kidney failure. In a worst-case scenario, you can fall into a coma, suffer convulsions, and ultimately die from respiratory arrest.

There are treatment options if you find yourself poisoned from seeds, but the best prevention is not to eat cherry pits in the first place. If you have accidentally dosed yourself with cyanide, you will need to seek immediate medical attention, at which point they will pump your stomach to induce vomiting. There are also antidotes somewhat available.

But this is only for serious cases. If you have ingested a small quantity, like 3 or 4 seeds, you won’t need to worry. Your body is perfectly equipped to detoxify a fair amount of cyanide compounds. They are naturally occurring in many foods and many of which you may not even know about.

Can Cherry Pits Kill You? 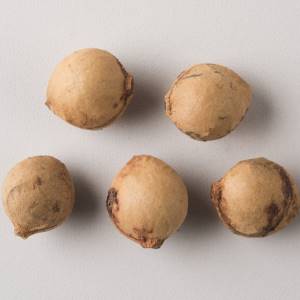 The seeds of cherries contain a chemical called amygdalin. When amygdalin is mixed with enzymes in your saliva, it creates cyanide. If you were to eat large quantities of ground-up seeds, this would be enough to create varying degrees of health problems for humans.

An important point to note is that swallowing whole cherry seeds will not release amygdalin. It is only when the cherry pit is chewed or broken up that the chemical is released. If your child accidentally swallows a whole cherry seed, the only thing to worry about is the potential choking hazard.

How Many Cherry Seeds can Cause Cyanide Toxicity?

The average human body can tolerate up to 50mg of cyanide before it can become toxic. The average cherry pit contains around 3.5mg of amygdalin. So you would need to eat around 14 cherry pits for it to be considered a lethal dose.

Remember, amygdalin is only released from cherry pits when they are broken up or chewed, so if you accidentally swallow a load of whole cherry seeds, you will most likely be fine.

If you add 30 – 40 cherries into your morning smoothie and blend them up, this will almost certainly give you a lethal dose of cyanide. It is for this reason you should always use pitted cherries in smoothies and other blended drinks. 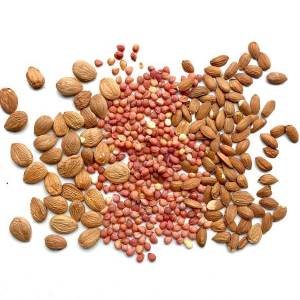 Other than cherry pits, apple seeds, apricot seeds, and many others contain cyanogenic glycosides. Specifically, any kind of stone fruit will contain these harmful chemicals. Basically, anything related to cherries. This includes peaches, pears, plums, and apricots. And yes, it also includes apple seeds.

Apples are notorious for causing heartburn, but if you eat one-too-many apple seeds you may end up in the hospital. But yet again, you do need to eat a lot of apple seeds to die. For example, it takes roughly 1 milligram of cyanide per kilogram of your body weight for you to die. That means if you are 70 kilograms, it would take 70 milligrams of cyanide to kill you.

In the case of apple seeds, in which there are about 0.49 milligrams of cyanide in every seed, you would need roughly 143 seeds to be killed. That is an outstanding number of seeds to eat. If there are eight seeds in every apple, you would need to eat around 18 apples raw with all their seeds to die. This is why cyanide poisoning from fruit seeds is not very common. You would literally need to blend a full pitcher of apples or cherries with their seeds to receive a lethal dose.

Here is where things get even more interesting. If you swallow a cherry pit or an apple seed, you will get a significantly reduced dose of cyanide. It is actually more toxic if you bite the seed and chew it. This is because the toxins are stored inside the seed.

For this reason, it is incredibly dangerous to blend cherry pits in your blender. By blending the cherry pits, you break them open and release all their dangerous toxins. This is why you always want to remove the pits from the cherries before you eat them.

How to Pit Cherries 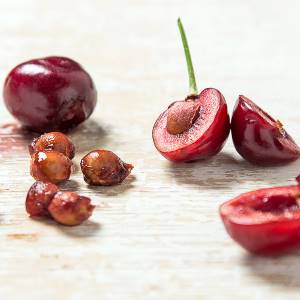 Whether you are feasting on a bowl of cherries for a snack or blending them into a delicious smoothie, you must remove the seeds. To get the pits out of your cherries, you can always use a specially designed pitter, or you can do it by hand following these easy steps.

Step 1: The first thing you want to do is remove the cherry stem. Simply grab hold of the stem and yank it off.

Step 3: With your cherry cut, you are now able to twist it open. It should come apart very easily, and you will be left with two halves of the cherry, one with an empty hole and one with the seed.

Step 4: Remove the cherry pit with your fingers. Simply pluck it out and throw it in a pile with the rest. Then you can transfer your cherry halves into a bowl and enjoy them at your leisure.

This is a fantastic way to get your cherries ready for the blender, whether you want to make a dark chocolate cherry smoothie or an orange cherry blossom smoothie. There are many amazing options to choose from, just remember not to eat the seeds. Cherry pits are poisonous, and eating too many could send you to the hospital.

Cherry pits are toxic. If this is news to you, it’s a good thing you read this article before putting cherry pits in your smoothie. Cherry pits contain a chemical called amygdalin. When amygdalin is mixed with enzymes in your saliva, it creates cyanide.

Can cherry pits kill you? Yes, they certainly can. Remember that it takes around 14 of them for it to be considered a lethal dose. The toxic chemical is released when the cherry pits are ground up, so definitely don’t add them to your smoothie.

If you have accidentally swallowed cherry seeds, so long as the cherry seeds are whole, there shouldn’t be any real issue with eating them in moderation.