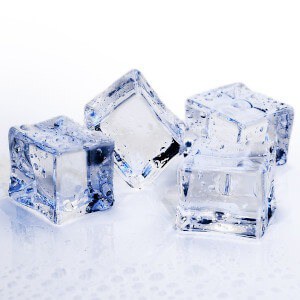 The Magic Bullet is a great blender for small and simple recipes. It can also be used to make smoothies and frozen drinks, but can you put ice in a Magic Bullet?

What is the Magic Bullet Blender?

The Magic Bullet is a small and inexpensive blender made by Nutribullet. It is a very compact blender that comes with several cups and lids. It is very popular and easy to use.

The price of the Magic Bullet blender is very affordable, and you can find it for under $50 in most online retail stores.

The blender comes with several different cup sizes which you can use for different purposes including storage of your smoothie or other beverages in the fridge.

Can I Crush Ice in a Magic Bullet?

Many people assume that they can put ice cubes into any type of blender and turn them on until everything is crushed up – this assumption cannot be further from reality.

Really powerful blenders like a Vitamix or Blendtec can crush ice on its own, but these blenders cost upwards of $400. The Magic Bullet blender cost less than $50!

How do I Crush Ice in a Magic Bullet Blender?

The Magic Bullet blender comes with a blade that is made from stainless steel. The blades have been designed to be sharp and durable.

To crush ice, you need to ensure there is liquid in the Magic Bullet cup. If there isn’t, you will damage your cup and blade.

After making sure that the Magic Bullet has liquid in it, add some ice cubes to the blender. You can use crushed or whole ice cubes – either is fine.

Once you have added your ice and water, add any other ingredients that you desire.

Seal the cup tightly and then blend on high for a few seconds until everything is smooth. Don’t run the blender continuously, but rather in bursts of 20-30 seconds to prevent overload or damage from occurring.

If your drink doesn’t come out as frozen as you would like, add more ice cubes.

The most important thing to remember is to make sure there is liquid in the cup. Without it, you won’t be able to crush ice in a Magic Bullet blender properly.

Read More: Can You Put Ice In A Nutribullet? Let’s Find Out 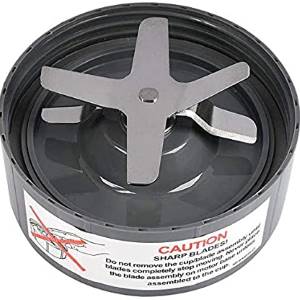 If you are struggling to crush ice in your Magic Bullet blender, then there are a few possible reasons why you may be having trouble.

Blade not Attached or Jammed

First, make sure that your blade is fully tightened into the cup and that there isn’t any water or ice under it. If so, then remove this before continuing to blend.

If you are sure that your blade is attached correctly but still isn’t able to crush ice, check to see if the blade is restricted in any way. If there is any food stuck in the blade, it could be preventing your Magic Bullet from getting to the ice.

Make Sure Your Blades are Sharp

Another possible reason why your blender isn’t crushing ice could be because your blade’s edge is dulled down or slightly bent over from use over time.

A lot of people do not clean their blades after each use which can cause rust buildup on them if they aren’t washed off immediately afterward – this can cause the blades to dull over time.

If your blade is bent, then it won’t be able to chop up ice as quickly and efficiently as a sharpened one would. In order for your blender to crush larger chunks of ice successfully, its blades need to be very sharp so that they are more efficient at chopping everything down into smaller pieces.

You don’t want to keep running the blender without liquid in it because this will result in damage over time and you won’t get the results you are looking for.

The Magic Bullet comes with blades made of stainless steel which can be very powerful when used properly. The problem many people have is that they aren’t using their blenders correctly or they are trying to crush ice cubes on their own – no matter how strong your blades are, if you try to put a hard object through them instead of water/liquid, you will end up damaging your blender’s cup or blade.

The Cup is Over Filled

If you are trying to make a frozen drink, then your Magic Bullet cup needs to be filled with liquid. If the cup is overfilled and there isn’t enough room for ice cubes to go through, then this will prevent them from being crushed.

The best option is to fill up your Magic Bullet blender’s cup about halfway or two-thirds of the way full before adding any solid ingredients into it – that way everything has plenty of room around it so that nothing gets stuck in between the blades as they spin.

Do I Need to Use the Ice Crusher Blade?

There is no need to use the Ice Crusher blade with your Magic Bullet blender if you don’t want to. This blade has been designed for crushing ice, but the regular blade works just as well.

The Ice Crushing Blade can be useful for some people, but others may not like spending extra money when the regular blade will do the same thing. The only thing I will say is that by using the Ice Crusher blade for crushing ice, you will prolong the life of your regular Magic Bullet blade.

Since there are pros and cons associated with this blade, try out both options and see which one you find more enjoyable before making any decisions on whether or not this accessory will become part of your kitchen essentials.

Can you put Ice in a Magic Bullet – Final Thoughts

So, can you put ice in a Magic Bullet? Yes, you certainly can. There is a certain way to crush ice in the Magic Bullet. Some people might think that they can just throw ice cubes into the blender and turn it on but this will only cause damage to your machine.